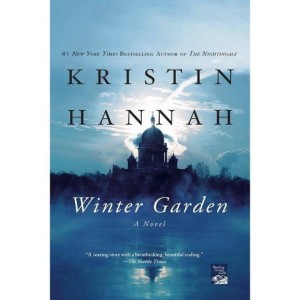 We three Leos’ have read your books which were handed down from one to another. First, it was Lia, who once was a little toddler that crossed the border from Hungary in 1956 with mommy and daddy. She was sick and they were granted passage on a plane to get her to America more quickly, I believe from an Austrian camp. Then it was her mother, Marika neni who read it next. Marika neni has told me her story many times of coming to this country. She was a woman I grew up with, who was like an aunt but more of a sister to my stepfather. Lia was our babysitter in my formative years. Marika neni and my stepfather met at Camp Kilmer in New Jersey, when a group of refugees decided on Wheeling for their new home.

Marika neni passed the books on to me. She handed me “The Nightingale,” and told me that I had to read it. It was so much like her story, like their story, like hundreds of people’s stories. She said she had cried all the way through. I read it and was mesmerized from beginning to end. How Ms. Hannah, a modern day writer could beat Alice Sebold from her, “The Lovely Bones,” opening lines with wit and craftiness and then took her on by making the ending a shocking conclusion that no one would have thought coming. I, a writer myself, salivate over ideas that never come to fruition. And here Ms. Hannah is, accomplishing just that.

Then, Marika neni gave me the second task of reading “Winter Garden.” I don’t remember what she said this time and I took a long time to read it. Two sisters again I thought. Just like Isabel Allende with her re-created characters, though I love them, but still. And I picked it up to read one day this past week. It took too long to get to the point. I became as angry as Anya, cold and distant but I kept reading wondering when we would get to that cold dark time in Leningrad. And we did.

Why are there two sisters I wondered each time. What does it mean for Kristin? I chose four sisters in my first novel. They were, in reality, two sisters and two brothers but I was secretly telling a story within a story that only I would know to be true. Is she? A twin who has died and in her heart, she creates a story of what she might have been like? A best friend that she wished were her sister and they took on adventures together? Who knows, but she?

That winter garden made me cold in the beginning but when I walked through the siege of Leningrad with my new Pella windows by my side, still bringing in cold damp air from somewhere (okay, it is a 90 year old house), I didn’t even grab the blanket at first. I could imagine what that cold could be like. I hate the cold. This would be torture for me and yet here it was, page after page, when would she be rescued? Why is this new window still bringing in that cold air?

And like The Nightingale, she is not, until it is finally over and then a new story begins.

First, we have Germans occupying France and now Russia. Will these writers ever tire of giving us something new from that horrible time. And she has.

I lost my child, not from death but into a world of a narcissist. Not like Vera but in my own different story that only a mother can relate to and understand.

You’d think the ending was enough and then she blesses us with an Epilogue. Tucked in between the ending pages are these lines “I am a lucky woman. I did not always know that, but I do now. With all the mistakes I have made, all the bad and terrible choices, still I am loved in my old age, and, more important perhaps, I love.” Leo Tolstoy was the first when he gave me the first line in Anna Karenina and I wondered, as a young woman, how could he know about my life. I have treasured that line forever and now I have these knew lines from the Epilogue above. Now, as I am growing into my sixth decade and I am realizing my own luckiness with true love for the first time. With reunions that weren’t fantasies but brought back an absent love at the same time. Which helped bring those missing pieces together and thaw out a very icy heart.

How beautiful and brilliant she has woven these two stories into the pages of her books. Line by line, drawing us in. Two separate European sisters, two different languages, two completely different stories of an occupation by Germany. One gifted woman, who’s soul understood the lives of so many refugees she does not know. Or, maybe she has a Marika neni to enlighten her.

These books by Kristin Hannah are two treasures to keep and pass onto others. Like the butterfly pin. It make me think of the phrase, “If you let love go and it comes back, it is yours, if it doesn’t, it never was.” But it always was because they are your children. Love is always there, even if you can’t find it. If it once was, it always is, now and forever into eternity. How naïve we all are until we become old and begin to tell our stories. Re-connecting the dots and explaining the whys. We can’t tell it from the beginning because it takes years to understand. They won’t believe you anyway until they are ready to hear.

If you don’t read these books now, they will be here for years to come. They are classics and we all need to understand history, even if it is a historical fiction. It is history that sounds true and it is for someone. 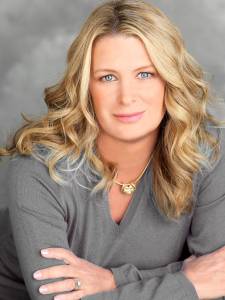