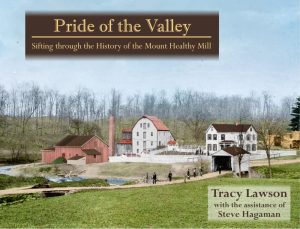 This is my first interview, here on Ohio Women’s History Project and I am starting with Tracy Lawson, whom I met at the recent Ohio Local History Alliance Conference. Tracy is an Ohio based writer who is known for her most recent work “Pride of the Valley,” which is a historical account of her ancestors. Tracy won “Best Non-fiction History,” in 2012 from the Ohio Professional Writer’s Association. In 2013, she was selected to present at Ohioana Book Festival. She also holds a 5-star selection from Reader’s Favorite Book Reviews. Tracy has written in several genre’s which you can find on Amazon and by clicking the book photo above. The following is the Q&A format I submitted to her:

I always wanted to be a writer, from the time I learned how to read. But I finally found the time to try when my daughter was in high school. My first book was published in 2012, and since then I’ve published six more, and have two in progress.

My next book is historical fiction, based on events in the life of my 6x great grandparents. I’ve written nonfiction history books, and also thriller novels, so this is like the perfect mash-up of what I like to write—a thrilling tale of a woman thwarting a conspiracy that could have changed the course of the American Revolution.

I sometimes wrestle with writer’s block or, perhaps it’s better called writer’s insecurity. First drafts can be messy, and often the story doesn’t fully develop until it’s been through a few drafts. It can take a while for the story that’s in my head to emerge on the page.

When I was younger, I found the story of Anne Sullivan, Helen Keller’s teacher, fascinating. It showed just how vital it was to be able to communicate, read, and study to develop one’s mind. I’m also a huge fan of Laura Ingalls Wilder, both as a pioneer and as an author.

Anna Asbury Stone, the subject of my current work-in-progress, inspired me      because she was willing to risk her safety—not only to come to the aid of her husband and brothers, but to deliver a dispatch to General Washington while she was being pursued!

Don’t be afraid of hard work and don’t expect to land in your dream job right away. Study something that will allow you to earn a living and support yourself. My daughter loved dance and theater—but she majored in economics in college, and is now in grad school and planning to be a college professor.

Wow this is a tough one. I wonder what the women who fought for our right to vote would think if they could see the candidates we have to choose from. I think they’d be disappointed. 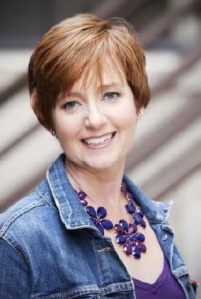