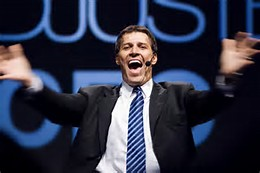 Since I don’t pay for cable, I have to wait for episodes of good TV programs, from around the world, to come on Netflix. I try to stay off of entertainment news broadcasts so that I have no idea what is going on and can watch it with the same surprises as everyone else. However, I did catch a few news headlines about the end of Mad Men and waited with bated breath to see what I would think of the ending. Needless to say, I was a little perplexed at the thoughts people had about the end of the show. The caption had read something like “Is Don Draper committing suicide?” I rather hoped this would not be the way Matthew Weiner ended the series because it just didn’t feel right to me. It is obvious that Don Draper suffered from Depression, yes, but to commit suicide? Hardly. This man was a survivor, not a victim.

Don Draper was always re-inventing himself throughout the eight years that the show played out. He didn’t strike me as a “give-up” kind of guy. He worked on his memoirs at one point, which was the beginning of him stripping down the layers of his psyche. He was fired from a major firm and worked for that same firm behind the scenes. He wasn’t the type to be had. He was the type to say “FU” and figure out how to make them crave him even more. He also lost two wives, had numerous affairs (and never once seemed to get a venereal disease), drank enough for an entire bar it seemed and never seemed to put up a sweat. The man always looked like a GQ model for his generation. It made women swoon and gave men a hero. I never quite got caught up in idolizing him as a potential fantasy mate. I wouldn’t have minded a liaison but definitely not a “commitment.” Who wants an alcoholic womanizer?

You could say he was a Narcissist and to some degree he was. What kept him on the border was that he had a heart and a soul. He cared very deeply for the people around him. He was a reluctant leader, I think, though he craved being on top. I suspect many people have this push-pull, who are in power and you can see this is the way that they hesitate. It makes sense to have moments of despair because with authority comes exhaustion: emotionally, physically, and mentally. A Narcissist isn’t quite into self-growth or introspection as Don Draper was. A Narcissist thinks they are perfect, just the way they are.  He had to behave like a Narcissist because this was a power play. It kept him from looking like a failure or a “Dick,” Whitman (his real name if you have forgotten).

The final episode seemed to be taking its time getting to that last frame. In doing so, many things happened to this character. He learned his first wife was going to die of cancer and he would lose the right to raise all of his children in lieu of another family member. Not a big deal, he would continue to have visits as he does now.  His company completely collapsed and this time he made a choice to walk away and give it all up. The road trip seemed to be a soul searching journey. A Jack Kerouac mixed with Charles Kuralt.  He seemed to be letting it all go, getting naked, something that needs to happen in order to have a truly eye-opening, aha, kind of moment. For someone in power as he was, it would have taken quite a major shakedown in order for him to begin again. In the end, it was a simple loss to be trapped at a self-help resort. The phone call where he was on the ground in tears was his final break down before having his break-through. He had now shed away all the layers and there was nothing left of him except an empty space inside of a used up body.

In the final scene, he is in a lotus position, deep in meditation and has a smile on his face. There was a sense of inner peace that I myself have felt and have seen on a great many others in the same posture. The grounds he had been left at gave a feeling of utopia. Heaven, some might say, but this is a very naïve way of looking at things. It could have been Big Sur or Point Reyes, places that do not make one think of committing suicide but of happiness and joy. The last thing on my mind when the credits began to roll was that Don Draper was going to become a Tony Robbins type of person. As soon as this came to my mind, I began to reminisce my own 80’s as well as imagine the future for the character. What we were left with was a brilliant new beginning.  Enlightenment.

The time period, at the end of this season, was the 70’s and it was when many motivational speakers were making their mark amongst young adults as well as the older ones. It was the advent of the “me” generation. People like Werner Erhard were already giving EST workshops around the country. Tony Robbins would make his start at the very end of the seventies and would later become famous for his “walking on hot coals,” which people would proclaim had changed their life. Scientology began to become infamous as a celebrity no, no and kabbalah would later become an “in” thing that was respected amongst the rich and famous. It is natural to assume that Don Draper would suddenly re-emerge on the scene as a motivational speaker and end up a very wealthy man.

Having been to many self-awareness workshops over the years, it gives me great delight to imagine Don Draper as one of those leaders. Most of us who have been to these seminars already know the rest of the story and I think it will give them a chuckle to realize this is probably correct. It was an amazing way to end the series and well played out along the years, so that it made sense the show would end just this way. This is what I had begun to wonder about way back when he was writing the book and so I think it wrapped up quite nicely and believably. Congratulations to Matthew Weiner for creating a masterpiece. It is a rare thing to have such an insightful and well written program.